The start of summer is almost upon us and for the people of Durham that can only mean one thing – The Annual Durham Regatta.
Attracting approximately ten thousand spectators and almost two thousand competitors, the Durham Regatta is an inclusive day full of enjoyment and fun for everyone, with rowing being central to this great celebration of tradition. With that, this annual two-day event has a lot more to offer than just competitive racing.
In fact, here is everything you need to know about the Durham Regatta:

What is the Durham Regatta?

Held annually on the second weekend in June, the Durham Regatta is a rowing regatta that takes place on the River Wear in Durham. The event constitutes Durham Regatta as England’s second oldest rowing behind Chester Regatta. 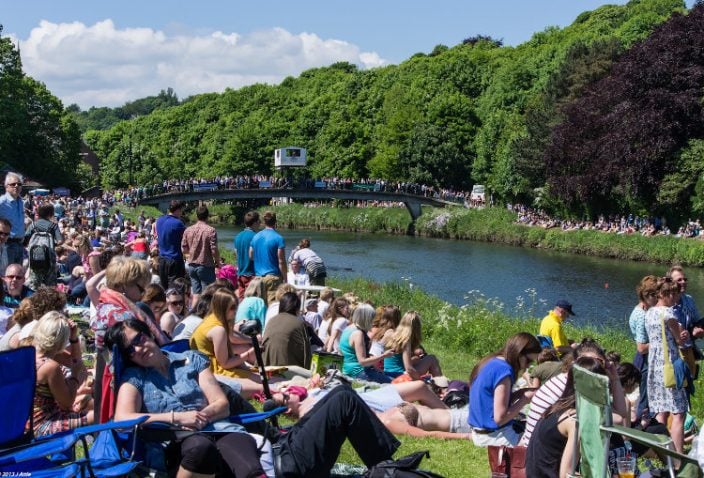 Despite this, the first Durham Regatta took place over two days between 17-19th of June in 1834. Originally, the Regatta evolved out of the commemoration of the Duke of Wellington’s triumph at the Battle of Waterloo, which initially involved of a procession of boats and was held annually in Durham. This event was initially orchestrated by the Sheriff of the County of Durham, William Lloyd Wharton.

Following this, the first Durham Regatta (1834) consisted of a six-oared race, which was eventually won by a team known as Velocity. Interestingly, Velocity was owned by the High Sheriff of Durham, William Lloyd Wharton, with the win coming against the Durham University Original Club.
Since 1834, these prestigious rowing races have been held an impressive 182 times and as the regatta continues to grow in popularity, the Durham Regatta has subsequently attracted competitors from all over the UK, as well places like the Netherlands and Scandinavia.

What does the Regatta involve?

Durham Regatta is a popular calendar event that lures out both residents and students from Durham University. 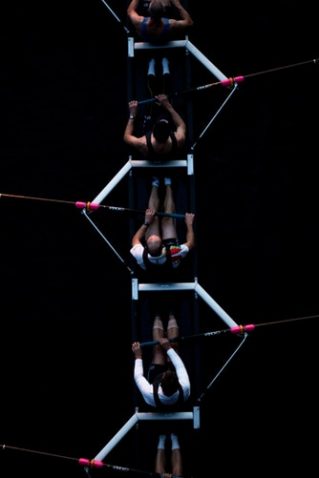 Specifically, the event is a big weekend for college rowers, as nearly all colleges battle it out and compete with many different standards. It is also an opportunity for colleges to gain bragging rights, as the races ultimately determine who boasts of the strongest rowing crew.

In terms of the event itself, the rowing races are battled over three routes. Spectators will see competitors competing over a short (regatta) course, a 700-metre stretch of river, or the long (championship) course, which is 1800 metres and concludes near Prebends Bridge.

What is the Grand Challenge Cup?

Although there is almost 60 trophies up for grabs, one of the most prized trophies of this event is the Grand Challenge Cup, which remains in existence since 1854.
Dominated by Durham University Boat Club and Newcastle University Boat Club as of late, this cup event specifically for Elite Men’s Coxed Fours. This Grand Challenge Cup observes competitors competing along the long course in a bid to lift the trophy and write their names into the history books.

When and where does it take place?

The Durham Regatta takes place over the weekend of 9-10th of June and will open to the public from 8 am to 8 pm on both Saturday and Sunday.
All the action takes place along the Durham riverbank with the bankside enclosure being the most favourable place to be if you wish to experience all the action up close.

Spectators wishing to attend the event will need a ticket to enter the Regatta enclosure. From there, people have access to all of the event’s entertainment and facilities.
According to the official Regatta website, ticket information states:

Are there any other forms of entertainment?

Yes, indeed! The Regatta is full of entertaining activities that cater to everyone’s needs and desires.
Spectators can enjoy a day full of free live bankside entertainment, food, music at the historic bandstand, circus performers, a classic car rally, a climbing wall, as well as souvenir and craft stalls.
For more information about Durham Regatta, click here.

Top 10 Cafes In Huddersfield Which Offer A Perfect Cuppa

Top 8 Nightclubs You Need to Visit in Durham

8 Things To Do In Durham For Students