Most people think of the theatre when they think of London and if you are moving to the big smoke as a student you might want to check out theatre shows in London during your time here.

From big West End Shows to smaller theatre productions, from up-and-coming playwrights and talented actors and actresses, there is always something on for you to see.

How To Watch Theatre Shows In London As A Student 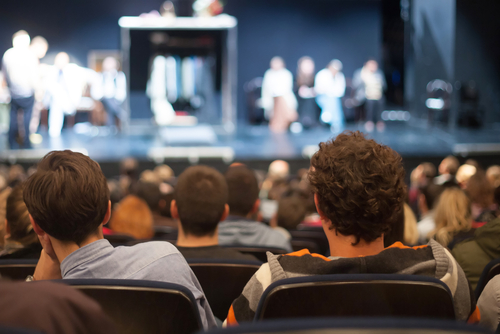 There are a few ways you can watch theatre shows in London through cheap tickets, or even free in some cases.

This gives you a chance to sample some of the finest stage shows around without worrying about the hefty price tags that are attached to some shows.

What options are available to you as a student in London?

This entry pass is a scheme that offers those under 26 to join for free, providing a limited number of tickets to most shows for just £5 per ticket, and the first ticket is completely free.

A similar scheme that offers discounts to those aged between 16-25, with all performances taking place at the London Coliseum and are available for in-house productions only. Tickets are available from £10-£30.

One of the most amazing venues in London, standard tickets can cost up to £200, but with this scheme, students can access tickets for just £10, as long as you are happy to wait for potential tickets 24 hours before a performance.

The Barbican Centre has a scheme that offers free tickets to many different types of events, available to 16–25-year-olds.

This scheme offers £5 tickets to 16–25-year-olds for shows in Stratford and London.

Another way to get cheaper tickets to London theatre shows as a student is to be open to returns and stand-by ticket lists. As they are last minute, they are often much cheaper in price, as long as you know there is no guarantees.

Now you know the best ways to go about free and cheaper tickets to London shows as a student, how about we take a look at some of the interesting shows coming up this autumn and beyond?!

Back To The Future: The Musical 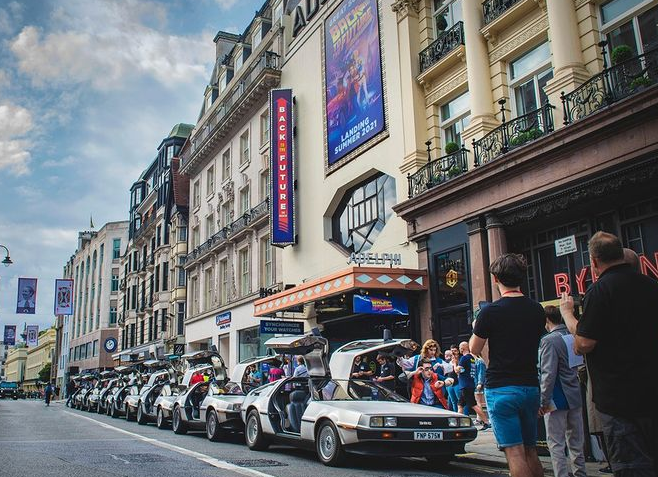 Playing at the Adelphi Theatre, Strand, until February 2022, this musical version of the classic 1980s film is a lot of fun.

Marty McFly travels back in time to the 1950s in Doc Brown’s DeLorean and gets into a lot of scrapes, dodges his mum, and sings throughout.

It is full of wacky set design, big showstoppers and keeps you on the edge of your seat throughout. 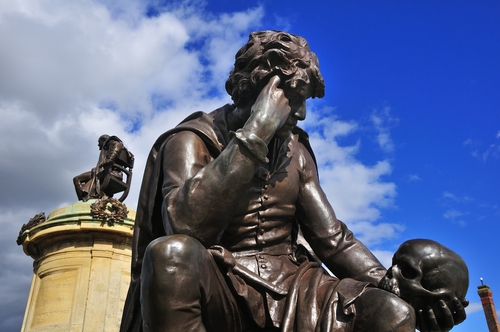 Playing at the Young Vic, Waterloo, until November 2021, this is the first big version of Hamlet in London since the Andrew Scott play in 2017.

After a delay of a year due to Covid, there has been plenty of anticipation around this Hamlet, with direction coming from Greg Hersov.

The Tragedy Of Macbeth 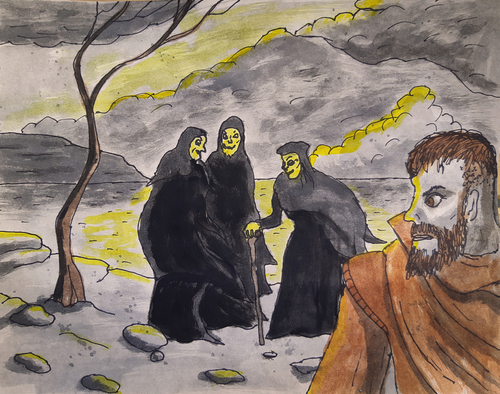 Playing at the Almeida Theatre, Islington until November 2021, Oscar-nominated Saoirse Ronan plays Lady Macbeth in this Yaël Farber production of The Scottish Play.

It promises equal emphasis on James McArdle’s Macbeth and Lady M, and is likely to be one of the biggest hits of the year on the London theatre scene 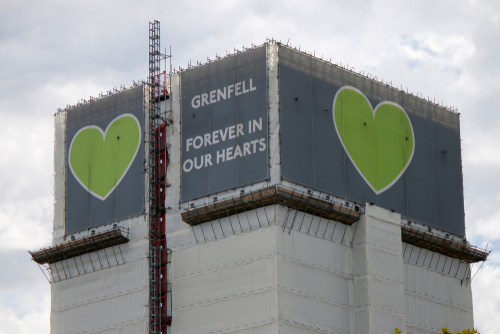 Playing at The Tabernacle in Notting Hill until November 2021, Grenfell is a heavy, but necessary look at select passages of the Grenfell Inquiry.

It has managed to successfully turn a dense, lengthy report into the tragedy of the fire at Grenfell Tower in June 2017, into a drama that is needed. Director Nicolas Kent and editor Richard Norton-Taylor have worked together on previous dramatisations of similar topics, making this a must-see play.

Get Up, Stand Up! The Bob Marley Story

Playing at the Lyric Theatre on Shaftesbury Avenue until April 2022, this long-awaited musical based on the reggae legend’s life, stars Arinzé Kene, one of the leading lights of the West End.

The Marley estate have shown full support to the project, which should make it a great watch, and a fantastic sing-along for fans of Bob and the Wailers. 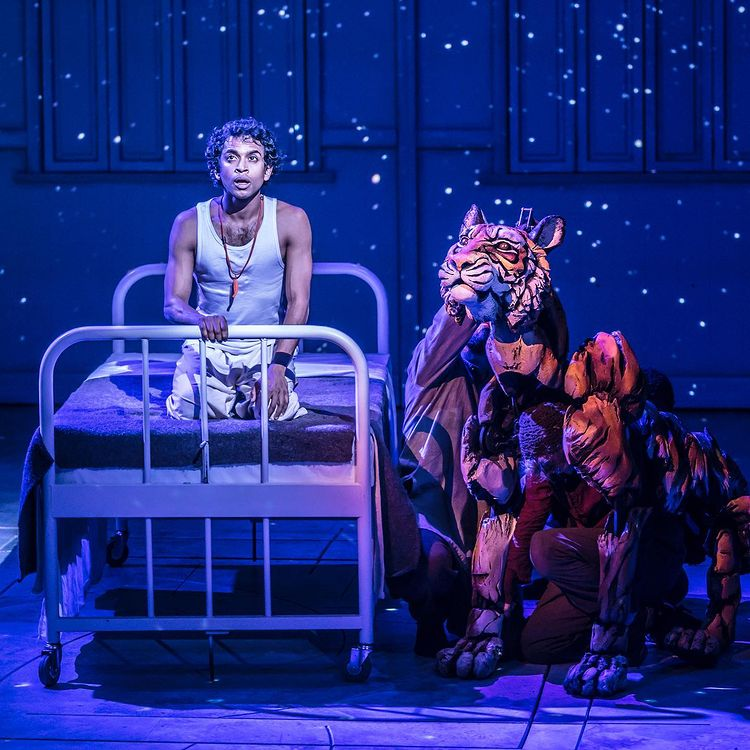 At the Wyndham’s Theatre on Charing Cross Road until February 2022, Life of Pi is an adaptation of the bestselling Yann Martel novel about a young boy stranded at sea with a tiger.

It is a jaw-dropping puppet-driven stage show that must be seen to be believed and after five-star reviews in Sheffield back in 2019, it was only a matter of time before the show moved to the West End. 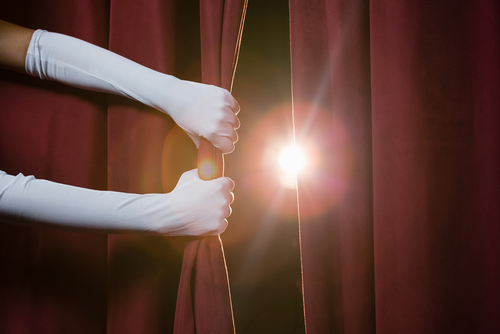 Playing at the National Theatre on the South Bank until January 2022, this dark gentrification satire stars Nancy Carroll.

It is about the owner of an old, run-down manor house in London that is a shelter to a motley group of people during a storm, including their right-wing leader, who is played by Shaun Evans. 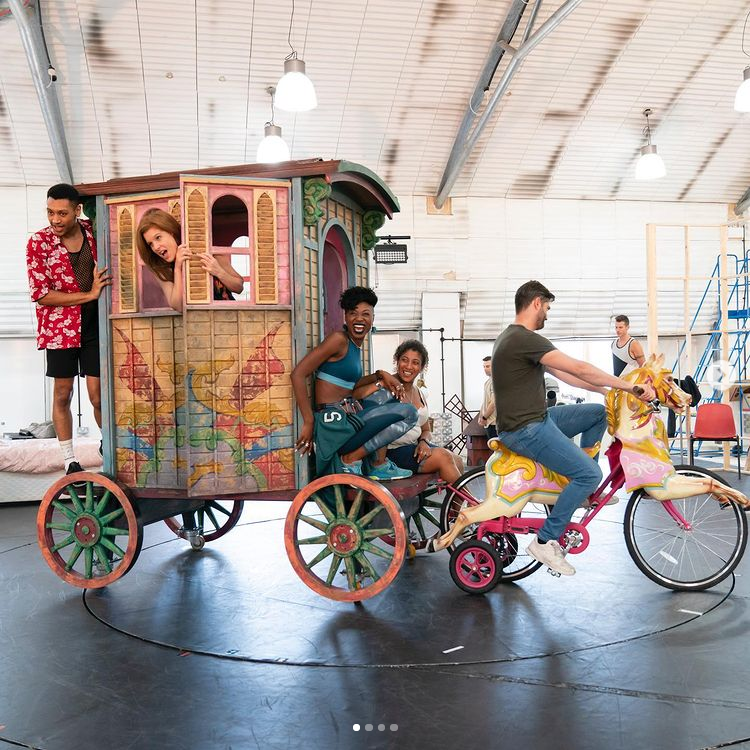 Playing at the Shaftesbury Theatre until February 2022, this new version of Romeo & Juliet is a musical that features some classics from the pop genre, including Can’t Feel my Face and Baby One More Time.

This musical flips the original story on its head, inverting her end into her beginning, with Juliet grabbing her friends and going on a road trip to the city of life for fun after Romeo.

There are loads of great theatre shows in London, and we’ve not really gone below the surface, or mentioned some of the big, big names and longest-running shows in the West End, such as The Mousetrap and Hamilton. If you are a student looking to indulge your love for theatre in London, make sure to check out what’s on, get cheap tickets where you can, watch serious plays, classic Shakespeare, and sing your heart out at the musicals. We know a lot of them are extremely close to our London student accommodation…what’s not to love?

An International Students ULTIMATE Guide to Summer in the UK

Hacks To Cope With University Deadline Stress | The Student Guide

Our 10 Top Presentation Tips For Students | The Study Guide