Best Things To Do In Cardiff - The Student Guide

In the Welsh capital city, there are plenty of things to do in Cardiff. It is a wonderful city to live in as a student, where many choose to stay long beyond their university years, or as a visitor.

The beauty of Cardiff is that it has a city feel without being too big to manage. Most of what you can see and do in Cardiff is walkable, with good public transport links providing you with links to the rest.

As the starting point for many journeys out to the rest of Wales and beyond too, Cardiff places you in the perfect location to see the beautiful landscapes of the South and West Wales coastline, the valleys, and the Brecon Beacons, and over the border into Bristol and the West Country.

What Are The Best Things To Do In Cardiff? 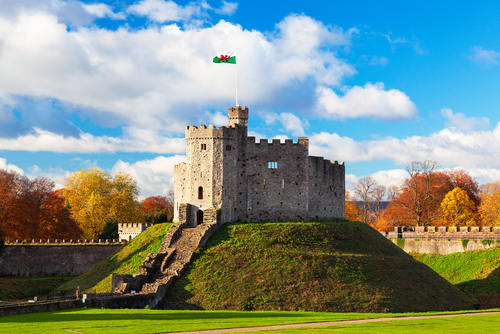 The historic heartbeat of the capital city, Cardiff Castle is easy to find at the one end of St Mary Street in the very centre of the city.

It has over 2000 years of history, and you can choose to take part in a tour or enter and walk around at your own pace.

The castle is a stunning centrepiece of the whole city, and there is something for everyone.

If you are on a budget, you can walk some of the city walls and read signs explaining the history of the Castle and Cardiff on the outside, but we do recommend going inside at least once during your time in Cardiff.

It costs £12 for a student ticket, and this gives access to the castle grounds and a fun, interactive museum.

Cardiff Castle is often hosting big events too, such as music concerts, and food festivals, and it can be rented out for wedding days.

Chapter Arts Centre in Canton is a lovely venue that provides a wide mix of art and culture.

It is a multi-artform space, with a cinema that shows independent film and world cinema, an exhibition and gallery space, as well as a bar and café that serves delicious food.

There are regular markets that take up space inside the venue and in the back car park, which is well worth a visit to find some hidden gems.

The National Museum of Wales in Cardiff is a stunning building and provides you with a brilliant place to visit when you’re a bit low on cash but still want some culture and art in your life.

The National Museum is always welcoming special exhibitions, and it is home to the largest collection of Impressionist art that can be found outside of Paris.

3. Visit The Arcades And The Market 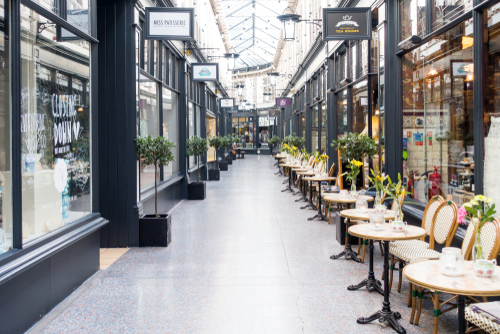 The Victorian and Edwardian Arcades are full of boutiques and independent shops and are the place to go for a spot of brunch, a cup of good coffee, or even a treat of an afternoon tea in one of the fancy traditional tea rooms with vintage china, scones and clotted creams.

The arcades date back to 1885, and it takes a bit of work to find them when you first move to Cardiff as they have plain signage on the exterior.

It is such a joy to find them, and there is a specific, calm atmosphere when you walk through the arcades, no matter what is happening outside or what the weather is like.

The indoor market in Cardiff is also a wonderful place to visit.

It is a fascinating collection of fruit and veg stalls, second-hand bookstores, food vendors, and fabric stalls to name just a few.

If you allow yourself to explore and get lost in the spectacularly redeveloped Victorian market hall, you could spend a few hours here easily.

Make sure you get some Welsh cakes from the Cardiff Bakestones stand, they’ve been trading for over 20 years and provide a sublime example of one of the tastiest of traditional Welsh food!

4. Food And Coffee In Cardiff 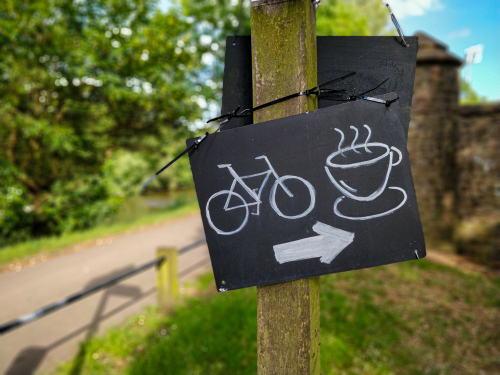 Cardiff is a city that is full of delight for the coffee lover and foodie.

There are simply loads of independent coffee shops, cafés, and restaurants for you to sample, as well as street food markets (such as Sticky Fingers on Richmond Road in Roath).

Particularly good coffee shops include Uncommon Ground in the Morgan Arcade, and Corner Coffee on the High Street.

For authentic international food without breaking the bank, venture out to Cowbridge Road East in Canton or City Road in Roath.

A recent addition down in Canton is Smokin’ Griddle, bringing a level of burger not seen in Cardiff before, whilst for something a bit fancier to take the parents, why not try Curado in the city centre for delicious Spanish small plates.

We can’t leave this section without talking about Caroline Street.

Affectionately called Chippy Lane or Chip Shop Alley, it’s the go-to place at the end of a night out. Dorothy’s and Tony’s are the two famous chip shops that have been serving the best fish and chips in the city for years!

5. A Walk Around Cardiff 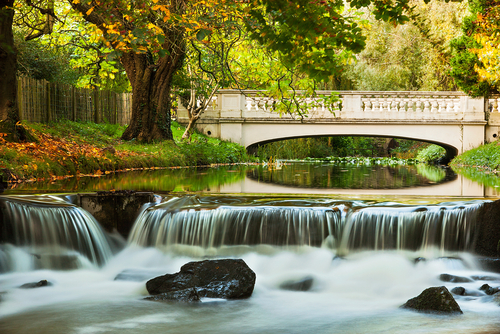 For a chilled-out Sunday or days where you want to get out and about in the fresh air without spending a penny, there are some great places to walk around Cardiff or to sit and admire the view.

The Millennium Walk is a pretty pathway that runs alongside the River Taff, leading down towards the Principality Stadium and Cardiff Central Railway Station.

Roath Park is a beautiful part of the city, with its lake and waterside café.

Another good way to spend some time is to walk from the city centre, down Lloyd George Avenue, towards Cardiff Bay. This is a pleasant, 15–20-minute walk and you are transported immediately to a completely different side of Cardiff that you’ll not see elsewhere.

Cardiff Bay has the glorious Norwegian Church Arts Centre that is home to a gallery celebrating Roald Dahl, who was born in this part of Cardiff.

Mermaid Quay has some good bars and restaurants to stop off for a brew and some lunch too.

If you’re feeling fancy you can take a taxi boat between Bute Park, Cardiff Bay and over to Penarth too.

The 10km Cardiff Bay Trail might be the best way to see the Bay though. It is a simple-to-follow path that gives an impressive view of the bay and the city beyond. 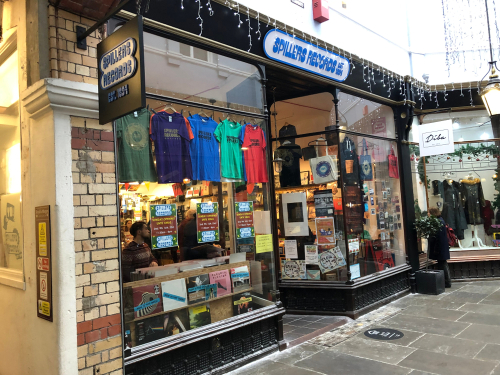 Spillers Records. The oldest record shop in the world.

Established in 1894, it is recognised as the oldest and remains an active and central part of the Welsh music scene and provider of all things music to the music-lovers of South Wales and beyond.

Now located in the exquisite Morgan Arcade, it is the first place you should visit if you love music and want to buy records, one of the famous Spillers t-shirts, or want to find out more about the local gig listings and upcoming events.

The Cardiff music scene is pretty lively and friendly, with loads going on across multiple venues, genres, and promoters.

7. A Night Out In Cardiff 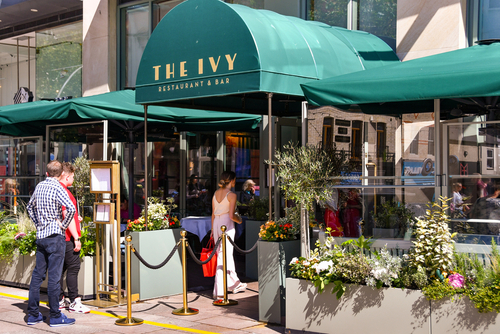 Tiny Rebel is a Newport-based brewery that has a thriving craft beer bar right in the middle of the action in Cardiff, opposite the Principality Stadium on Westgate Street.

It is at the vanguard of the craft beer scene in the UK with Clwb Tropicana and Cwtch two of the famous beers on tap and in cans (Tiny Rebel has colourful, pop-tastic branding that makes it stand out from the crowd, and edgy murals on all the walls around the place).

Not only is there an array of great beers on offer, but Tiny Rebel also has a tasty burger, pizza, and nacho menu to soak up the beer, and a gig venue upstairs. The weekends are full of a young, cool crowd and it is always a great place to start a night.

For a student night out in Cardiff, the relatively small size of the city makes it an easy place to get around and a pub/bar crawl is a simple, fun experience.

All the main clubs are found in the city centre, everything within walking distance of each other on Greyfriars Road or St Mary Street, and other venues found throughout the city centre.

One of the famous institutions in Cardiff is Clwb Ifor Bach.

It has been a staple for Welsh speakers and great Welsh music since the 1980s and has seen famous bands and artists such as Foals, Gwenno, Super Furry Animals, The Strokes, and The Killers, come through over the years.

Clwb is easy to find on Womanby Street, close to the Castle and the perfect spot to watch live music, dance to your favourite sounds and meet people that will become your uni family during your time living and studying in Cardiff.

8. Doctor Who In Cardiff 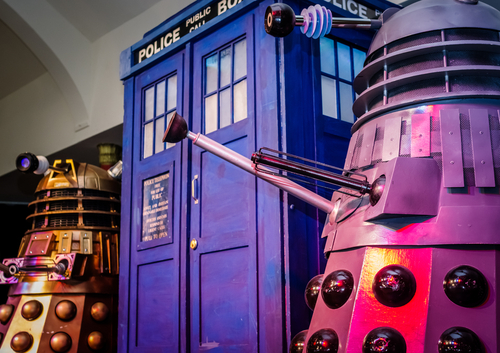 Since Doctor Who returned to the small screens back in 2005, it has called Cardiff home.

There are over 30 filming locations around Cardiff that are linked to the spectacular family-favourite and if you love the Doctor and want to find out more, why not take a walking tour around the city (it is also a fantastic way to just get to know Cardiff a bit better).

There are a few different options, including fully guided walking tours that begin at the castle and take in the National Museum, Cardiff Bay, and other memorable scenes from the show. 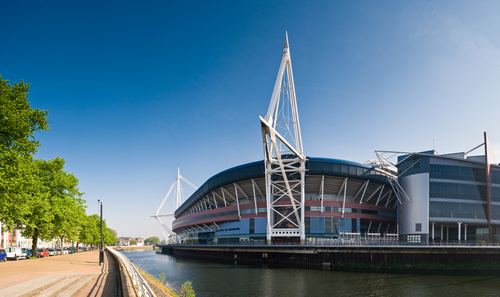 The Welsh love sport. You may have seen clips of Welsh fans at the big rugby internationals with daffodil hats and blow-up leeks under their arms, singing and swigging beer.

The Principality Stadium (it’ll always be called the Millennium Stadium to us!) is smack bang in the middle of the city centre.

This gives Cardiff a vibe like almost no other city in the UK (Newcastle being an exception) as a rare treat of a big stadium that can be seen as soon as you step off a train or bus in the city centre.

The nearly 75,000-seater stadium is home to the Wales rugby team, a carnival atmosphere on matchday during the 6 Nations or Autumn tests against the big southern hemisphere sides is a sight to behold.

It also held the English FA Cup and League Cup finals in football at the start of the millennium and was a firm favourite with football fans too. The closed roof gives it a better atmosphere.

There’s more than just the Principality Stadium though, with the small Cardiff Arms Park tucked under one side of its big brother, playing host to the Cardiff Blues.

Football has become the big draw over the last 10 years or so though, with Wales reaching successive knockout stages of the European Championships after 60 years in the international wilderness, with the help of world stars Gareth Bale and Aaron Ramsey.

The red wall supports the boyos down at the Cardiff City Stadium in Canton, which is also home to Cardiff City, the Bluebirds the only non-English team to lift the FA Cup, way back in 1927.

Sophia Gardens is the home to Glamorgan County Cricket Club and has also hosted big England and Wales test cricket, including The Ashes, whilst ice hockey fans can watch the Cardiff Devils at the Ice Arena down at Cardiff Bay.

There are loads of things to do in Cardiff, and if you have just moved there as a student, or you are looking at moving there, you can see how much you have to look forward to in terms of exploring, nightlife, food, history and culture, big sporting events, music and much more. If pubs are up to your street, why not check out our recent blog? It covers all the best pubs in Cardiff you need to visit whilst staying here for uni!

The Student Guide: How To Find Flatmates For University

10 Tips For Struggling With Your Mental Health At Christmas

The COMPLETE Music Guide to Gigs in Cardiff This Autumn

What Is Student Life In Cardiff Like? | The ULTIMATE Guide